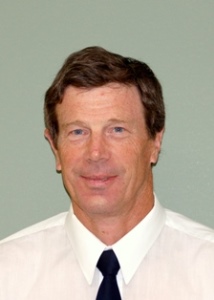 David A. Lowther received a B.Sc. (Hons) degree in Electrical Engineering from King’s College, London in 1970 and a Ph.D. in Electrical Engineering from Brighton Polytechnic in 1973. He was a Postdoctoral Research Assistant at Imperial College, London from 1973 to 1979 working with C. J. Carpenter on the simulation and measurement of electromagnetic fields in the end regions of electrical machines.

In 1979, he moved to the Department of Electrical Engineering at McGill University as an Associate Professor and was promoted to the rank of Full Professor in 1986. He was Chair of the Department from 1998 to 2006. His research interests have centered on the simulation of low frequency electromagnetic devices and the computer implementation of the design process for such devices.

In 1978, together with Prof. P. Silvester and Prof. E. Freeman, he founded of Infolytica Corporation. This was the first company with the specific goal of generating solutions to industrial level electromagnetic field problems on a personal computer. He has published over 300 papers in journals and conferences.

He is currently the President of the International Compumag Society and is a Fellow of the Canadian Academy of Engineering, the Institute of Electrical and Electronic Engineers and the Institution of Engineering and Technology.

The development of stochastic optimization techniques for the automatic improvement of prototype designs of low frequency electromagnetic devices. This is coupled with numerical sensitivity analysis to improve the effectiveness of the optimizers.

Knowledge based techniques applied to the design and analysis of low frequency electromagnetic devices. In particular, this includes the complete range of electrical machines such as brushless dc, induction and switched reluctance motors as well as generators.

Computer-aided design of low frequency electromagnetic devices with particular emphasis on electrical machines, actuators and transformers plus the coupling to power electronic drives, as well as thermal, structural and vibration analysis.

The development of numercial analysis techinques such as the finite element method, meshless methods, etc.

Software engineering and the architecture of large simulation and virtual prototyping systems including the ise of parallel processing systems.